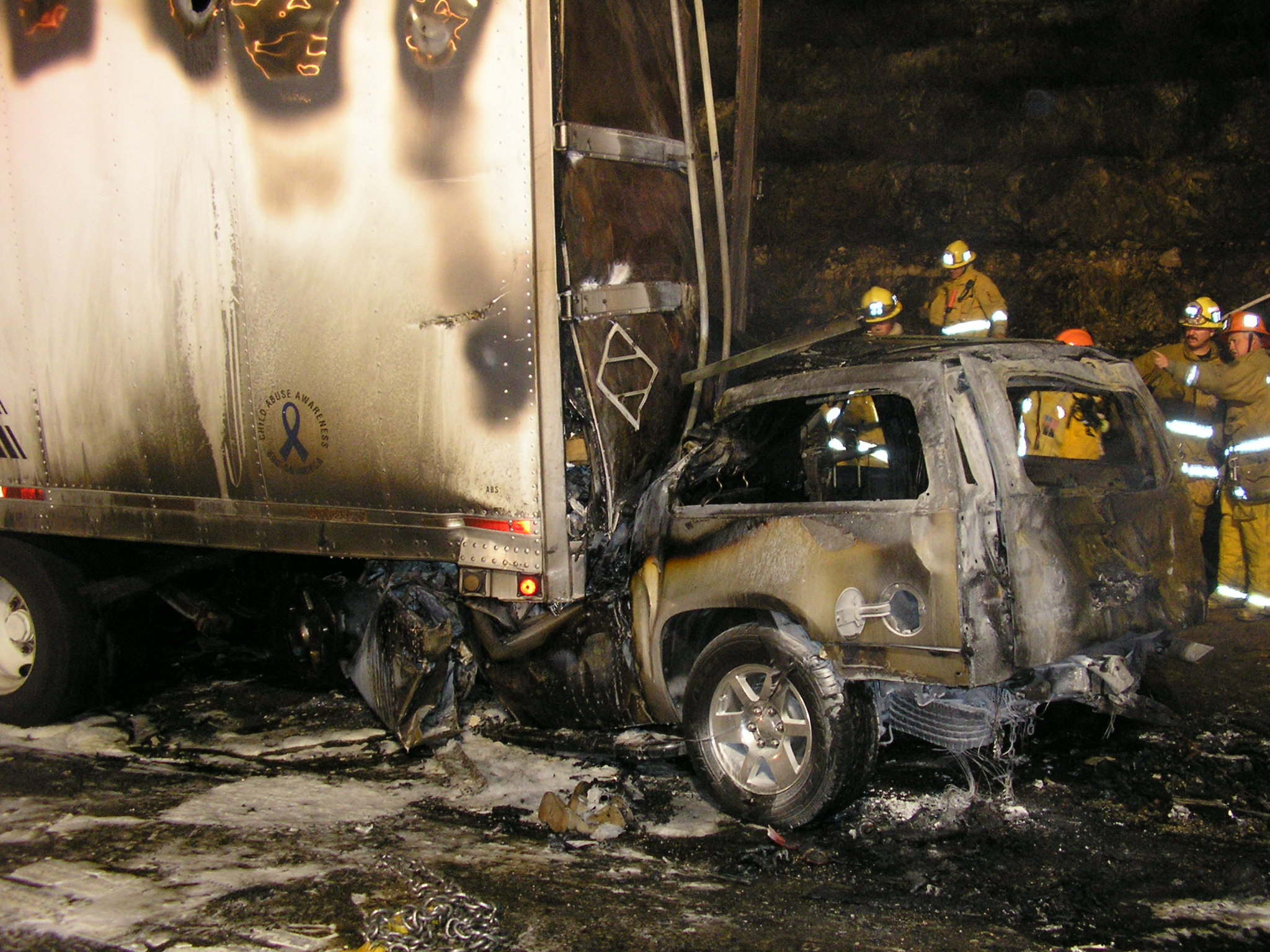 One fact was never in dispute during perhaps the most epic personal injury trial ever slugged out in a California courtroom: Kylie and Blaine Asam had watched helplessly as flames slowly consumed their family’s SUV on the Foothill freeway and burned their parents and brother to death in the early morning hours of November 22, 2009. While Blaine survived the initial crash, he would not survive the accident: he committed suicide after leaving a note that read he wanted to be with his mom, dad and brother.

In late 2013, following a six-week jury trial in downtown Los Angeles, attorney Brian Brandt was confident that he had scored a knockout against opposing counsel from the McElfish Firm. He was correct. The blood drained from the faces of the defense counsel as the court clerk announced the $150 million verdict against the defendants, the roster of which included a trucking company, a tire company, a trailer company and General Motors.

It was a stunning courtroom victory that was the product of deft legal maneuvering and a dogged pursuit of the truth about the real cause of the accident.

The jury’s enormous award, which grew to $178 million after costs and interest, reflected the high-voltage emotions that ran through the case years after the accident. Enough emotion, in fact, that Judge Marc Marmaro declared the nine-figure award a reflection of “a desire to punish rather than a desire to fairly compensate” and granted the defendants a new trial with Gibson Dunn taking over as opposing counsel. The defendants later reached an eight-figure settlement with Brandt rather than head back to court.

“Investigators play a key role in establishing a factual backdrop for me to prepare from after interrogatories and before depositions.”

A native son of the Golden State, Brandt’s courtroom instincts have deep roots; his father was a prominent attorney who prosecuted the City of Upland’s legal war in the 1980s and 1990s against well-funded commercial pornographers intent on turning the upscale bedroom community into something akin to San Francisco’s North Beach.

Brandt, who studied law at Santa Clara University, cut his teeth early on working as a city prosecutor for the City of Upland. He later transitioned into sole practice as a contract attorney before eventually deciding to specialize in the fields of medical malpractice and personal injury.

So when the Asam case landed on his desk, he was well-prepared and ready to fight.

Reflecting on the trial, Brandt said the climactic courtroom conclusion of the trial reminded him about the critical role independent investigations played in the case and in his practice over the years.

In the Asam case, the trucking firm’s insurance company was able to deploy its ERT (Emergency Response Team) to the scene within hours of the crash in order to evaluate the site and collect data that could prove critical during litigation.

“I started at a real disadvantage with this case in that I didn’t pick it up until six months after the accident,” Brandt said. “But fortunately, a lot of the key evidence had been preserved either by CHP or by happenstance. The CHP had the Yukon’s wheel in an evidence locker and the trailer the family had been towing was still intact in a tow yard.”

One of the trailer’s wheels-which a CHP officer preserved after noticing a suspicious dent in the rim-would prove pivotal to Brandt’s case, which involved overcoming the defense’s claim that Michael Asam, the plaintiffs’ father, fell asleep behind the wheel of the family’s Yukon and drifted across lanes to plow into the rear of the big-rig that was illegally parked in an emergency zone on the shoulder of the freeway. Accident specialists determined that the SUV was traveling approximately 45-mph at the moment of impact, with no indication of a sudden application of the brakes. The entire family survived the impact.

Brandt’s theory of the accident that he presented at trial-one that was supported by a forensic accident investigator and tire expert-was that the trailer had struck a piece of debris which created the deformity in the rim and caused the tire to begin deflating and the senior Asam began navigating the Yukon off the freeway in the dark when it slammed into the parked truck. According to testimony, the driver remained in the cab of the truck for 20 minutes as the vehicle caught fire and burned while Asam and her brother screamed for help.

“If the driver would have jumped out of the cab at the onset with his fire extinguisher, this whole event may have ended completely differently,” Brandt said. The driver’s toxicity-screen came back clean, but Brandt’s theory is the driver was asleep in the cab of the illegally-parked truck and wasn’t roused until other motorists and emergency personnel began to arrive on the scene.

One of the potential problems with Brandt’s theory was that CHP’s major accident team had conducted a mile-long sweep of the freeway in the immediate aftermath of the accident, literally walking the lanes in a line looking for any debris or evidence that may have related to a potential cause of the accident, and came up empty-handed. His forensic expert determined that the debris the trailer struck was a cinder block or something like it that disintegrated on high-speed impact-something he had seen in accidents before and could factually establish.

Brandt’s investigative team also proved critical in researching the background of the truck driver and finding inconsistencies in his story. And that sort of thorough investigative preparation, Brandt says, has been an integral part of his courtroom success over the years.

“Whether it is personal injury or medical malpractice litigation, investigators play a key role in establishing a factual backdrop for me to prepare from after interrogatories and before depositions,” Brandt said. “We’re looking for answers provided during interrogatories that are inconsistent facts that my investigators uncovered, to spring that on them during deposition.”

Brandt said he typically gets the witness to repeat a problematic answer they gave to a question during interrogatories-such as whether they had ever been arrested, charged or convicted of a crime-and then go over it with them.

“I’ll say something like ‘So to be clear here, you’ve never had any run-ins with law enforcement that resulted in either your arrest or you being charged or convicted of a crime, is that correct?” Brandt said. “Then as soon as they double-down I’ll say something like: ‘Ok, can you help me clear this up then, see, I’m looking at a felony arrest report for passing bad checks with your name and date of birth and your home address from fifteen years ago, and I’m wondering why you haven’t mentioned this?’ That’s why I videotape all of my depositions where my investigators have uncovered prior felonies. I can replay the witnesses ‘oh shit!’ moment for the jury at trial, if that becomes necessary.”

But Brandt said it usually doesn’t. 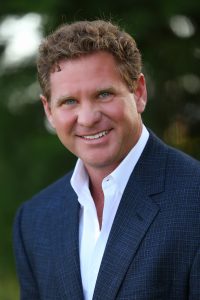 “Once you catch them in flat-out lies like that (in a deposition), the insurance company is going to pay the damn money,” he said. “Otherwise they’ll see their client’s or witness’ credibility impeached at trial, and that’s never good. That’s when we go in and have to chop off their legs in front of the jury.”

Brandt’s investigators also identify and comb through historical litigation involving the opposing party or business he is suing in order to dig out hard-to-get information about their backgrounds and prior sworn testimony. “Previous depositions or sworn declarations can be gold mines,” Brandt said. “But you have to find them. That’s what good investigators do.”

Brandt said that he also scrupulously conducts background investigations on his own clients to ensure that he does not walk into a nasty surprise he cannot extract himself from. In the Asam case Brandt even investigated his client’s deceased parents so that he knew everything possible about them.

“It still amazes me to see cases where opposing counsel didn’t know half as much about his client as I do,” Brandt said. “Given the stakes usually involved, it really is a matter of putting in the investigative ground work up front to sleep a lot easier at night, and yet I still encounter every manner of counsel-from sole practitioners to top gun firms-that are willing to just wing it sometimes and hope for the best, hope that I didn’t dig into the backgrounds involved, when in fact that’s just what I did.”

It was Brandt’s hard-charging, deep-dive style of investigation that help deliver the mammoth jury award in the Asam case that still echoes through California’s courtrooms. Still, when Brandt thinks back on the little girl robbed of her entire immediate family he said it was the one case he wished he never had to take.