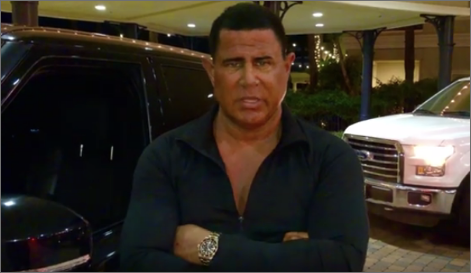 The COVID-19 pandemic reveals that human greed remains a virulent strain as schemers, scammers and fraudsters peddle every manner of con in a dark bid to cash in

Earlier this year, as the COVID-19 pandemic began its march across America, famed 1980s televangelist Jim Bakker reappeared to save us all. Bakker, who fell from grace following sex scandals involving church employees and did a stretch in federal prison for fraud and conspiracy, was back on TV preaching ‘End Times’ preparedness instead of spiritual salvation.

On February 12, Bakker’s show featured a “natural health expert” peddling a product called ‘Silver Solution’ touted as being able to “kill every pathogen it has ever been tested on, including SARS and HIV.” Although ‘Silver Solution’ was unproven against COVID-19 or any other virus, and was at best a dietary supplement, CBS News reported that Bakker was selling it on his website. It didn’t take long before the US Food and Drug Administration had fired off a cease and desist letter and State Attorneys in New York and Missouri had filed lawsuits against him.

But Bakker, it turns out, was just the tip of the iceberg. Just as Coronavirus has spread in the U.S., “disaster fraud” has also metastasized here. In New York, the nation’s Hot Zone, scammers are cold calling seniors and confirming screening appointments for which the elderly must pay in cash. Others have drained government coffers by charging astronomical sums for surgical masks and other essential medical supplies. In Washington State, fraudsters are texting people offering to physically protect their homes in the event of social disorder. According to the New York Times, the Federal Trade Commission had received 18,000 complaints by April 15 reporting some $9 million in losses due mainly to fraud.

Although small time scams by snake oil salesmen is not a new problem, some of these fraudsters are also looking to hook bigger fish – high net worth individuals and investors themselves seeking to cash in on the crisis. The recent case of Keith Middlebrook who was arrested in Newport Beach, California in March 2020 is instructive for its callousness in how it aimed to take advantage of American during the worst health crisis in a century.

“I make no apologies for it. We’re here to get fucking rich!” Keith Middlebrook said in February 2020 just before pitching prospective investors on a phony coronavirus cure.

On March 25, FBI agents slapped handcuffs on Keith Lawrence Middlebrook, a 53-year-old self-promoter, who had been soliciting investors to promote a super drug he claimed was both the cure and the vaccine for the COVID-19 virus. Federal prosecutors charged him with wire fraud, a felony that could put Middlebrook inside a federal prison for 20 years.

Middlebrook, a long time Southern California-based con man, presented himself to prospective wealthy investors as a financial guru-cum-inspirational life-trainer. Part of his appeal was his claims of being a Hollywood insider, with roles in the films Iron Man 2 and Moneyball. But unbeknownst to most, Middlebrook had a long criminal history including a June 2014 federal indictment for a scheme in which Middlebrook sold wealthy individuals on a phony program to ‘clean up’ their credit scores.

Early in 2020, Middlebrook announced that his company, Quantum Prevention CV, Inc., had developed a serum that could cure a person with COVID-19 in a matter of 48 to 72 hours. In hopes of soliciting investors for his new business, Middlebrook began posting and emailing videos of himself displaying syringes filled with a clear fluid and pills he claimed were the prototypes of his wonder drug.

“Yes, I have developed the cure for the Coronavirus COVID-19,” Middlebrook told his 2.4 million Instagram followers on March 17. “After six weeks of intense focus and development (and very little sleep), I am currently going into mass production…The CDC, WHO and the mainstream media have created a pandemonium environment. To answer this (just because it’s what I do) I have created a Coronavirus Prevention Pill.”

According to the FBI, the video had been viewed more than 633,000 times in less than a week.

“I have developed the cure for the Coronavirus COVID-19,” Middlebrook told his 2.4 million Instagram followers on March 17. “After six weeks of intense focus and development (and very little sleep), I am currently going into mass production…”

In another video, Middlebrook produced a pill and declared into that camera that if he consumed this wonder drug and walked into a Staples Center filled with COVID-19 patients he would be impervious to the virus. The FBI stated that video logged more than 1 million views in less than 72-hours.

These overt promotions of miracle cures to the masses, however, were really just window dressing – part of Middlebrook’s scheme to fleece millions of dollars from gullible investors. He recruited a former associate promising him a 25 percent commission on any investors he brought aboard. In a text, Middlebrook sold the associate an even more brazen story: “LA patient tested positive for Coronavirus got up and walked out 51-hours after my injection…Investors who come in at ground level, say $1m, will parachute with $200m to $300m. Conservative minimum. Plus retain stock shares.” Later on, Middlebrook fired off another text to his friend claiming: “We’ve got Magic Johnson coming aboard!!! Call me!!”

The associate was not buying it, called the FBI and began helping the feds build a case against Middlebrook. It was not long before he dished up a potential investor for Middlebrook to close. On March 18, according to his criminal complaint, Middlebrook solicited a $300,000 investment from an undercover FBI agent. The investment, he promised, would return the investor a hundred times ROI of $30 million. This handsome payday, he assured him, was “secured by a $10 billion offer from an unnamed buyer in Dubai.” He even suggested the company would likely become a unicorn and hold an IPO.

Six others investors had already banked on the product, Middlebrook apparently told the FBI, including a “Dr. Patterson” who he claimed had invested a million dollars. All told, Middlebrook claimed approximately $7 million had already been invested in the miracle coronavirus cure. None of these payments could ever be confirmed. In the middle of his pitch, Middlebrook offered the undercover agent a supply of the pills for him and his mother -for the low, low price of $9,999. An amount, no doubt, intended to keep the payment under the federal banking reporting requirements and off the authorities’ radar.

Middlebrook provided the FBI agent with wiring instructions to a Bank of America account for a company called KM Legal Power, LLC, with a Newport Beach, California business address. While the bank account was real, according to the FBI, the company KM Legal Power appeared to be fictional and its business address was a UPS Store mail drop.

As far as federal investigations go, the takedown of Middlebrook was a head-spinning affair. It was less than two weeks after the FBI were tipped off to Middlebrook scheme that they took him into custody.

But as we know now, Middlebrook has been just one of numerous unscrupulous players attempting to take advantage of people during a national emergency. In mid-April, the feds arrested an actual medical doctor in California for selling a concierge COVID cure-all service to his patients. No matter what many wish to believe, the Center for Disease Control reports that the harsh fact remains at present that there simply is no cure or vaccine for the coronavirus.

Believing in miracles or hoping for them is one thing, but trying to sell them either to desperate patients or feverish investors is something else altogether.

If you have information regarding disaster fraud or feel you may be the victim of a disaster-related investment scam, please contact the National Center for Disaster Fraud Hotline at 866-720-5721 or email disaster@leo.gov.