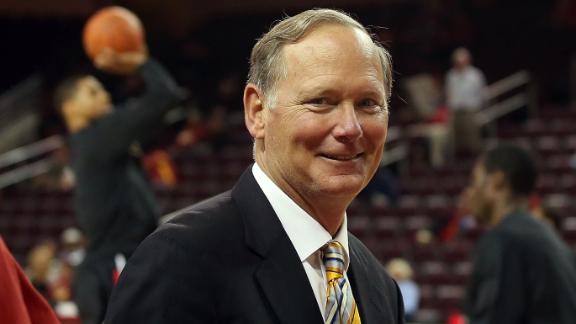 The University of Southern California’s Pat Haden fumbled the hiring and firing of head football coach Steve Sarkisian. Was it because he failed to conduct proper due diligence?

As a former NFL quarterback, Pat Haden has faced his share of tough spots. But in October 2015, as the University of Southern California’s Athletic Director, Haden peered out at the assembled media and it must have looked more grim than the fabled ‘silver and black attack’ of the Oakland Raiders.

Haden was under intense pressure to defend his recent firing of the Trojan’s head football coach Steve Sarkisian less than two years into his tenure. Sarkisian, who had a long history at USC, had a very public meltdown fueled by drink and drugs, showed up at games under the influence and maybe most importantly the team had lost two of its first three PAC-12 conference games. Now Haden himself faced calls for his resignation in the wake of a debacle that embarrassed the storied athletics program and plunged the university into costly and unseemly litigation with its former coach. All of this occurred just two years after USC fired its previous coach Lane Kiffin.

The press had a direct question for Haden and they wanted an answer: What did you know and when did you know it?

“The university doesn’t do public record searches,” Haden finally exclaimed in frustration after being repeatedly asked if he was aware of Sarkisian’s apparent long history of heavy drinking.

In retrospect, Haden probably wishes he hadn’t chosen the words he did. Was Haden saying that he didn’t know about Sarkisian’s alcohol problems when he hired him? Or that he knew and disregarded the knowledge? Either way, Haden’s inability to steer the USC ship now put his own job at risk

Haden canned Sarkisian following a series of high-profile incidents that made it obvious that the Head Coach was spiraling out of control; including showing up drunk to the school’s ‘Salute to Troy’ gala the previous August where he slurred his way through a speech to the school’s boosters before launching into a profanity-laced version of the team’s cheer.

Sarkisian was a known quantity at USC having served on the Trojan’s football coaching staff in 2001 as an assistant coach and then in 2005 as a quarterback coach, before accepting the position of head coach at University of Washington in 2008.

What’s more, Haden had insisted that USC had retained the services of “a respected national search firm” which had vetted Sarkisian prior to his being offered the job of head coach in 2013. Haden also told the Los Angeles Times that the university and the NCAA had conducted separate background checks of their own on Sarkisian prior to hiring him.

A USC alum himself (as well as a Rhodes scholar and successful businessman) Haden is certainly no dummy. But his suggestion that he was “surprised” by Sarkisian’s erratic behavior was beyond even what supportive local media could stomach.

The truth of the situation, however, has been difficult to sort out as the controversy metastasized.

In December 2015, the Los Angeles Times reported that Haden personally approached Sarkisian in December 2013 with an offer to return to USC, this time as head coach. In addition to his salary the university agreed to pay Sark Enterprises, Inc., a company owned by Sarkisian, $1 million annually for ‘marketing services.’ It appeared to be a sweetheart deal for an old friend.

The article, by reporter David Wharton, also revealed that Sarkisian was well known as a hard drinker during his five-seasons as head coach at University of Washington. Former players told the newspaper that Sarkisian would arrive for morning team meetings hung-over and reeking of booze. The Times also reported that Sarkisian was a well known habitué of Seattle bars and that he had “run up huge tabs” at bars around the country on UW’s dime while traveling for games.

Despite professing to be surprised by Sarkisian’s public unspooling, Haden and the university most likely about knew Sarkisian’s drinking habit, but decided to look the other way since he was a winner on the football field.

Sarkisian has not clarified whether Haden explicitly knew about his alcohol problem prior to hiring him. However, when Sarkisian filed a breach of contract lawsuit against USC on December 7th, he alleged that Haden and the university were told he was an alcoholic and had violated state law by firing him for having a disability.

“Sarkisian pleaded with his boss Pat Haden…to give him time off to get the help he needed. Rather than express any concern or willingness to accommodate this request from a man whose history with USC goes back 23 years to his days as a student-athlete, Haden’s immediate response was to derisively repeat the phrase ‘Unbelievable,’” according to the lawsuit. “Shortly thereafter, Haden called back and placed [Sarkisian] on indefinite leave. Less than 24-hours later, while [Sarkisian] was on a plane traveling to get the help he needed, Haden notified [Sarkisian] by email that he had been fired.”

According to the lawsuit, Sarkisian was an alcoholic-“at all relevant times, [Sarkisian] has been a person with a disability under the Fair Employment and Housing Act…in that [he] suffered from alcoholism and this disability limited one or more major life activities”-from the day he started the head coach job. The lawsuit claims that the stress of the USC job, which ostensibly included 100-hour work weeks and ’round-the-clock’ responsibilities to the 110-players in the program, escalated Sarkisian’s drinking.

There are indications that the university knew that Sarkisian had a drinking problem and attempted to manage it before finally firing him following a loss that October to the University of Washington, which USC had been 17-point favorites to win.

In October 2015, following his drunken performance at the Salute to Troy two months earlier, which Sarkisian blamed on mixing drinks with anti-anxiety medication he was taking, the university required him to see a psychiatrist employed by the school and knew that he was also using Uber to get around town, presumably to avoid a drunk-driving arrest.

Just how much Haden knew about Sarkisian’s drinking habits in 2013 may never be known but clearly USC had not done its homework. A comprehensive, background investigation into Sarkisian’s activities should have produced a much clearer picture of him, and they could have read it in a formal report rather than in the national papers.

The lawsuit Sarkisian brought against USC was referred to arbitration, per the terms of his contract, but the fallout continued. Haden agreed to step down from his role as Athletic Director on June 30 ending his tumultuous tenure that was supposed to usher in a new era of stability.

As Haden wrapped up his October 2015 press conference, he offered a searingly truthful observation to reporters that may have helped seal his fate. The Sarkisian hire, he admitted, “did not work out, and I own that…I know there’s a lot of people in this room and outside the